← more from
Inner Ear
Get fresh music recommendations delivered to your inbox every Friday.

by Daphne and The Fuzz 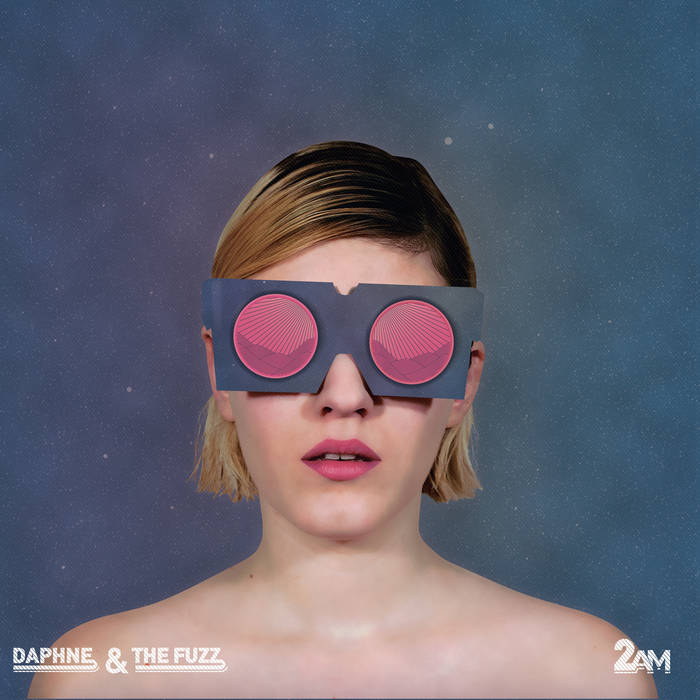 Two years after their debut self-titled album, Athens based Daphne and the Fuzz drop their new album "2 AM".

"2 AM", travels through a variety of genres, combines elements from the band’s familiar sound with new intense dance and up-tempo elements and confirms that Daphne Lazou is not afraid to try new things. With Vasilis Nissopoulos (member of Daphne and the Fuzz but also of Whereswilder) in production and influenced by the sound of the French touch scene, she started the recordings of the album in 2017. In the summer of 2018 and while the recordings were completed the band decided to collaborate with Greek electronic artist NTEIΒINT, who added his own significant touch to the mixing of the album.

The result is a modern electronic pop record that expands into a multitude of sounds and moods. Space ballads, funky grooves, dance beats but also some more introverted, psychedelic elements produce a unique listening experience. The lyrics of the eleven tracks range from more extrovert in the dance tracks ("Pawnshop", "Dance") to very personal, such as in the love ballads "Space and Sound" and "Waiting" or the lyrics of existential quest in "After Midnight" "Step By Step" and in the very dynamic, on the brink of post punk, "All These Things".

Out on limited edition black and pink vinyl LP + cd and digital album via Inner Ear.

Daphne and The Fuzz Athens, Greece

Daphne and the Fuzz narrate coming-of-age stories within vintage pop melodies that bring together groovy basslines and dreamy arrangements. Their debut album was released in 2016 from Inner Ear. Daphne's self-directed music videos complement the band's distinctive sound, whereas their live performances create the perfect circumstances to dream and fall in love. ... more

Bandcamp Daily  your guide to the world of Bandcamp

Nightmares on Wax and Bremer McCoy stop by with their sublime new LPs.